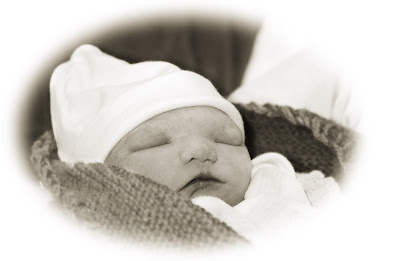 Our son Will was born at 1pm on September 9, 2002, weighing 7lbs 7oz.
He lived for just 15 minutes, but those few minutes were incredibly precious and we wouldn't have missed them for the world.
I was 12 weeks pregnant when my husband and I were told that our unborn first child was 'incompatible with life' and could not possibly survive.
He had a rare genetic condition called Meckel Gruber Syndrome, which has a 100% mortality rate.
It was assumed by many people that we would automatically terminate the pregnancy, but for us, that was not an option we could consider.Will was a much-wanted child, and from the moment we knew he had been conceived, we loved him.
We were told he would live for only minutes, or even seconds, if he survived to birth - but we knew we wanted to have whatever time with him that we could - to hold him, see him and tell him how much we loved him.If he had lived a month, or a week, or a day - how could we draw the line? How could we possibly decide what length of life was worth having and what was not? We felt it was not our decision to make.
I knew that I could survive grief, but had I made the decision to end Will's life, I knew that guilt would eat me up from the inside out.
We made the most of every minute of my pregnancy, and approached the date of my c-section - Will's birthday - with very mixed feelings.
On one hand we wanted him to stay where he was safe, while on the other we were desperate to meet our little boy - knowing all the time that our first cuddle would also be our last.
Even at that point, we had no doubts and no regrets.Will was delivered, and after being given a blast of oxygen, my son was put into my arms.
All parents think their child is beautiful, and we were no exception. He wrapped his tiny fingers around mine, and poked his tongue out at us.
We were thrilled beyond words that he had been born alive - which meant he would have a birth certificate as well as a death certificate. Anyone trawling through our family history in years to come would know that there was once a little boy named William Peter Turner.
As I held him I sang him the lullabies my mother had sung to me, and we told him how much we loved him, how proud we were of him and that his Nanny and Grandpa were waiting just outside to meet him.
Then his daddy held him - I was so proud to see my husband and my son together at last.
Will gradually slipped away as we held him, and as we were moved to the recovery room a nurse told us she could no longer hear his heartbeat.
There was no shock, no panic, and strangely enough, no outpouring of grief. Just a sense of joy that we had met our beloved son and a feeling of 'rightness' about everything that had just happened.We now have another son, Charlie, who is almost four and a half at the time of writing. He has his own blog at http://charlieturner.blogspot.com Although he has escaped the condition Will was born with, he has an incurable heart defect called Hypoplastic Left Heart Syndrome, and has already undergone two open-heart surgeries, with at least one more to come.
His future is by no means certain, as treatment for his condition is still relatively new.
However, Will has taught us much about how precious life is, and we treasure every minute of every day with Charlie. He knows about his big brother, and says 'Goodnight' to him every night. We always talk about him, and he knows that Will is keeping an eye on him.
We will be glad forever that Will was born, that he gave us those 15 precious minutes, and that because of him, we became parents, and learned what love really is.
Sleep tight, little darling, we'll see you in the morning. XXX
Posted by Pete, Ali, Charlie and Rosie at 19:15 9 comments:

Home
Subscribe to: Posts (Atom)
Thank you for visiting Will's Place. You will read here about our short, but very sweet journey with our firstborn son. Please feel free to leave a comment if you would like to.